For now, the Ulster Architectural Heritage events programme is on hold. Affected events will be re-programmed in the future. In the meantime, we are bringing the buildings from our events to you by way of our ‘Virtual Events’ initiative. #UAHEvents

In the course of the 19th century, Belfast grew from a small port to the largest and most prosperous city in Ireland: during that period its population increased at a rate faster than that of any other city in the British Isles, and it became arguably the most completely Victorian city as a result. 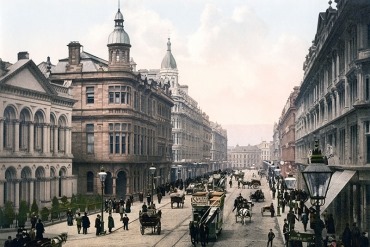 A wonderful 19th century three-storey red sandstone building. The Club occupies a prominent position on Royal Avenue at the heart of Belfast city centre and opened on 1st January 1885. Designed by Maxwell & Tuke, Manchester it replaced two-storey stucco houses cleared in the demolition of Hercules Place.

The inside is still very much respresentative of a Victorian Gentleman’s club with high timber ceilings throughout. Dining, reading and social activities are generoulsly catered for with the ground floor encompassing commercial units.

Starting out with liberal politics the Club gradually moved to unionism and 1982 absorbed the Ulster Club, however the combined club is now apolitical. Photo credit: Ulster Reform Club. 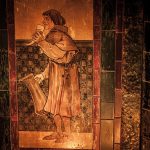 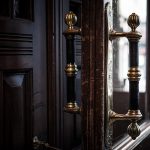 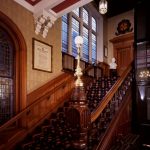 **Grand Opera House**
The Grand Opera House was built 1894-95 to designs by Frank Matcham for JF Warden, restored 1976-80 by Robert Mckinstry, the builders on both occasions H&J Martin. 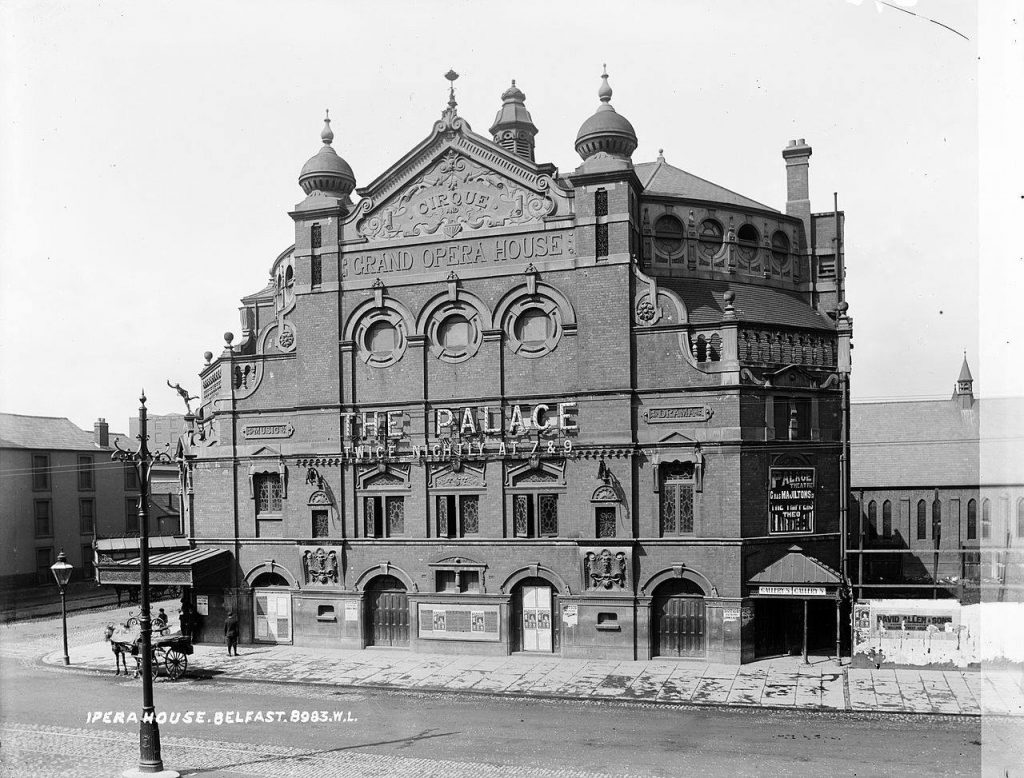 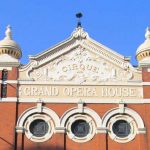 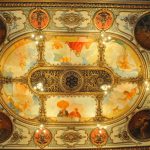 An eclectic oriental styled building in orange brick, with deep stucco plinth, scrolled volutes and ornamental pediment. Opened in December 1895, the unusual title ‘Cirque’ reflects the circuses that had played frequently on the site before the Opera House was built, and between 1904 and 1909 it actually became the ‘Palace of Varieties’ reverting thereafter to its original title.

Probably one of Belfast’s best-loved buildings now, it is hard to believe that Frank Matcham’s opera house lay derelict in the 1970s and would almost certainly have been demolished if it hadn’t been listed and then purchased and restored by the Arts Council. And to a younger generation it is probably equally hard to believe that it had to be substantially restored after massive car bombs blasted the side wall on two separate occasions. 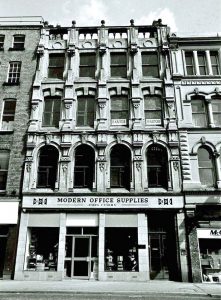 No.1-3 Donegall Street, now the ‘Four Corners Hotel’. No.1 was built 1870-72 to designs by Thomas Jackson & Son for J&G Malcolmson and No. 3 just a few years later by William Hastings, probably for William Heaney, confectioner. Both buildings lay derelict and on the HeritageAtRisk register before being rebuilt behind facades 2006-2008.

Once readily distinguishable as a different building, No. 3 is now integrated into the same complex as number 1. However, No.3 building by William Hastings still deserves a closer look for its almost Art Deco ornamentation with Celtic intertwining capitals – quite extraordinary for a building of 1876.

Donegall Street has lost some of its earliest buildings to recent clearance schemes, instigated just before the declaration of the city’s second conservation area around the Cathedral: nevertheless containing a good number of interesting 19c buildings and a flavour of the busy commercial street it was a hundred years ago. 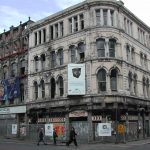 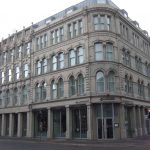 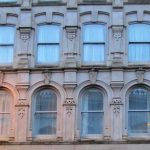 The street is shown on the 1754 map as Linenhall Street named for a ‘new built Linnen-hall’ near the site of St Anne’s Cathedral and by 1819 the street was fully developed and called Donegall Street. Many wholesale textile businesses were located here in the mid 19c.

Many buildings were damaged here in bomb explosions in the 1970s. Presently a number of buildings in the area are currently lying derelict pending a proposed redevelpment scheme for the area. 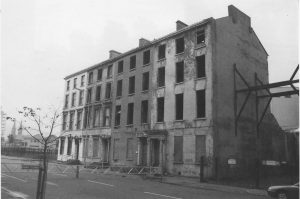 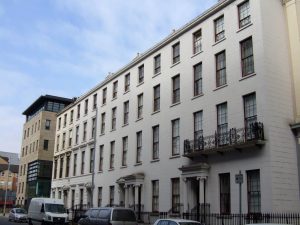 College Square was the first planned square in Belfast and the neoclassical terraces give us a rare glimpse of the character of Georgian Belfast. College Square North, originally constructed in the 1830s, was once one of the most fashionable addresses in Belfast. It once overlooked the lawns of Royal Belfast Academical Institution which was designed by the renowned architect Sir John Soane and first opened its doors in 1814. However, the building of the imposing Municipal Technical Institute (1900-1907) changed the character of the square, with many professional residents moving to the newly constructed squares of south Belfast.

Now somewhat variegated, this terrace started life in 1830 as one of the grandest domestic terraces in the city, with brick upper floors. Amongst the grandest in the early 19th Century Belfast and over the years home to many doctors, several knights of the realm, freemasons and Gaelic speakers, and MP and no less than three mayors of the city.

During the Troubles they fell into dereliction and no.8 was bombed and demolished on 15 April 1977. Hearth Housing Association acquired and rebuilt nos. 8-12, converting them to flats in 1999. As no. 8 was in reconstruction in 1999, the opportunity was taken to incorporate the balcony that had been salvaged when no.1 when was bombed and demolished. The doorcase of no.9 has a flat entablature supported on fluted Ionic columns, the others have triangular pediments with acroterion ends, on corbels supported by panelled pilasters. 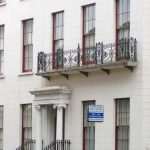 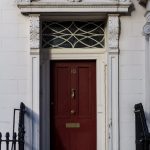 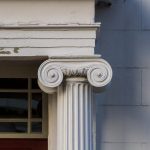 Dr William Whitla JP, professor of Materia Medica at Queen’s College (after whom the Whitla Hall is named) lived at no.8 in 1890-1910, though he moved to Lennoxvale House, the present Vice-Chancellor’s House in Lennoxvale, once the Municipal Technical Institute was built (today John Bell House).

Queen’s Arcade Chambers was built in 1880 by James McKinnon and originally housed the Castle Restaurant – a reference to the original Belfast Castle which briefly stood nearby. A four storey stucco building with iron cresting, copper pyramidal roofs and small central gable. The monogram “AR” at third floor refers to Austin Reid, who came to the building c. 1935. Noticeably on the front gable is a model of a fairy-tale castle, presumably a fanciful reference to the old Belfast Castle. 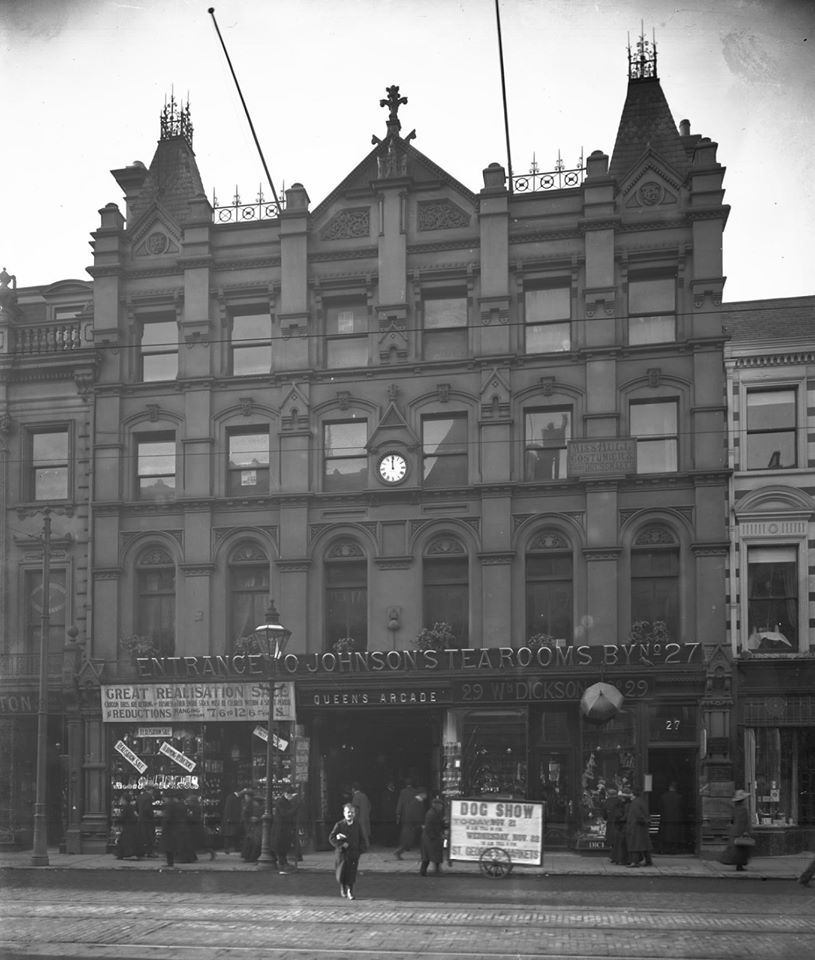 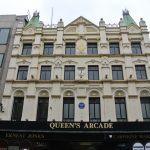 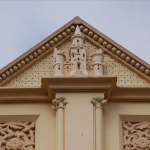 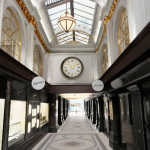 For the first few decades of this building, William Dickson & Co, umbrella and blackthorn manufacturers, were at no. 29. Sadly, 23 people were injured in February 1972 when a bomb planted in a message boy’s bicycle exploded at the front of the building.

In 2019 the arcade saw a £2 million restoration project take place to enhance its elegant architectural features which hark back to the buildings fashionable promenade status. 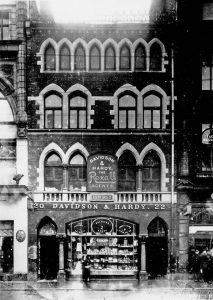 The hub of Victorian Belfast, Castle Place is the widening out of High Street from Cornmarket to Bank Buildings. During the past three decades many fine buildings have been lost and the character diluted, with bland shops replacing the bustling grandeur of the Ulster Club and Robb’s department store.

As with so many buildings in Belfast, you have to ignore the ground floor to see the Victorian architecture above. Nos. 20-22 Castle Place, the red and black brickwork with Gothic arcades designed by Thomas Jackson in 1866 originally housed Dr Cantrell’s Ulster Medical Hall, manufacturer of aerated and mineral waters (whose factory was in Arthur Place), taken over by Davidson & Leslie (later Davidson & Hardy) c. 1875, who held one of the largest stocks in Ireland of homeopathic medicines. Its ground floor has been obliterated, but this is one of only two Victorian buildings still surviving in the once elegant street. 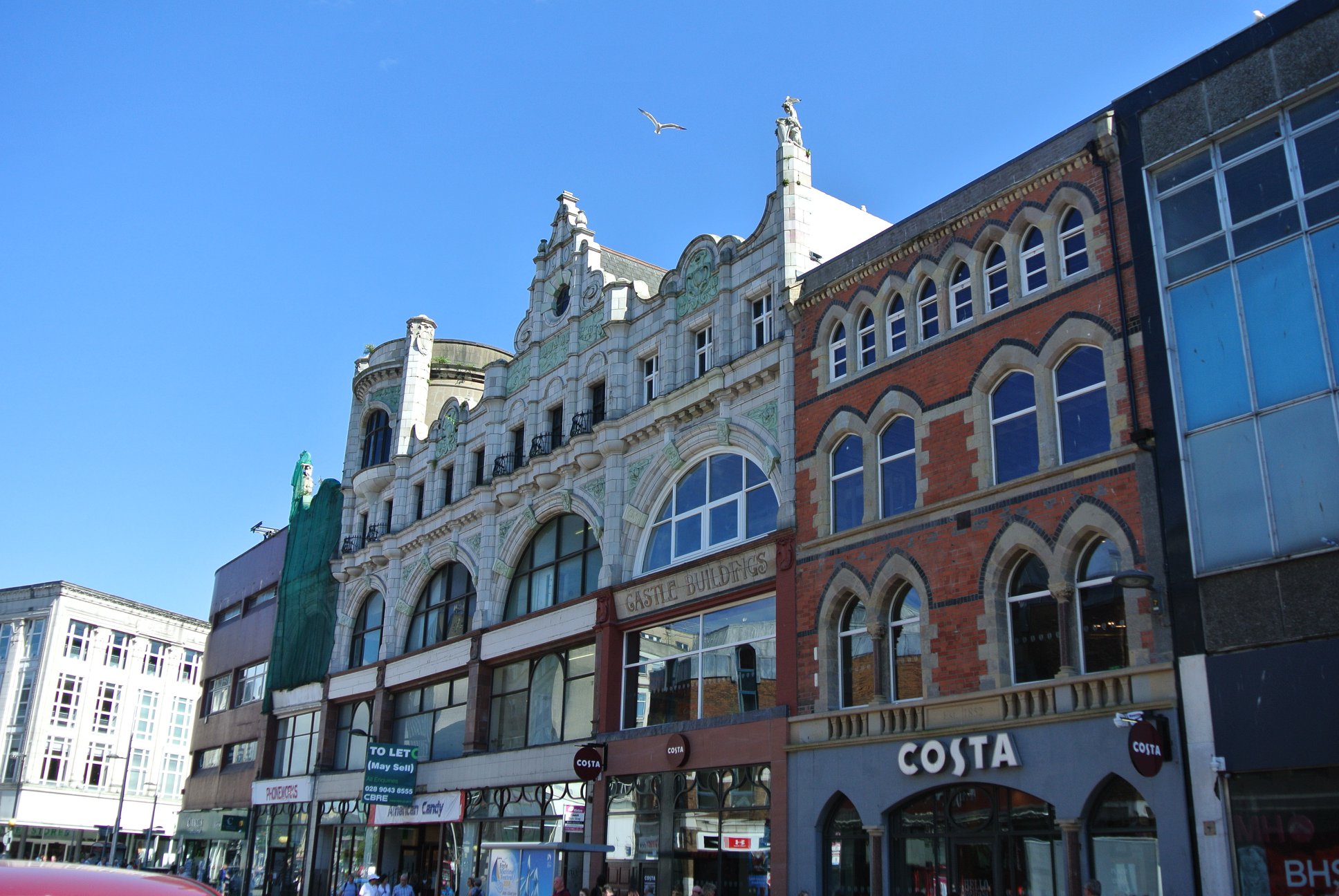 For more detail on this event and others, and for updates on more virtual events and future rescheduling go to: ulsterarchitecturalheritage.org.uk/events