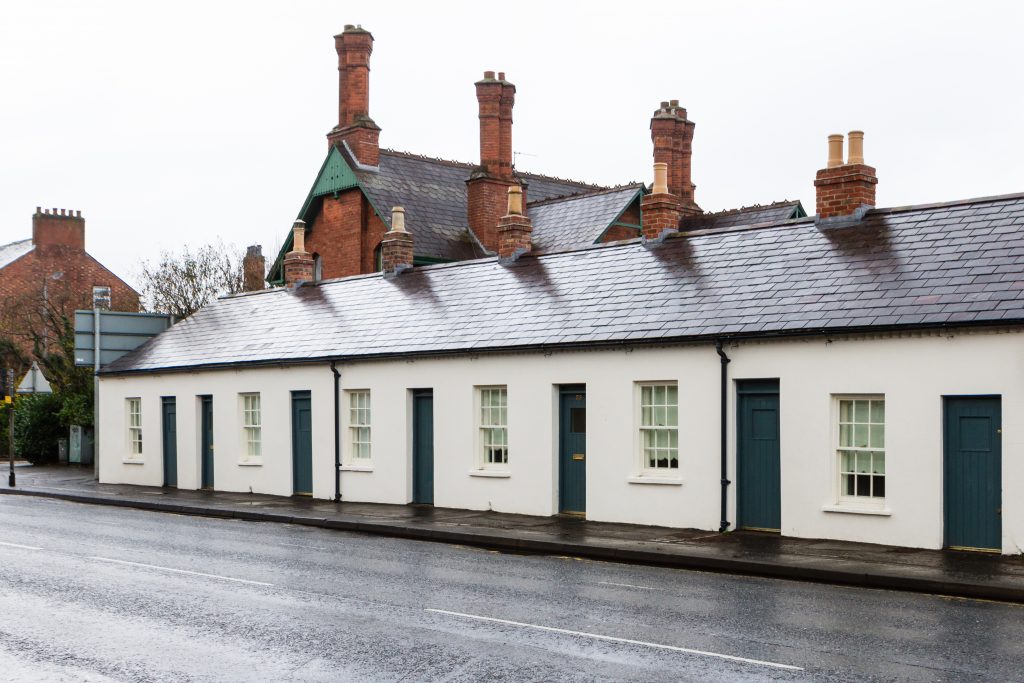 Rosetta Cottages at 513-529 Ormeau Road have been a familiar, yet sorrowful sight for many passers–by over the years. However, by the end of 2018 their future was renewed after being restored by 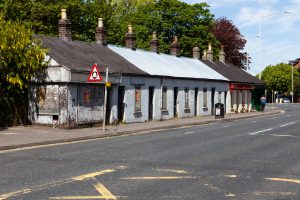 Clanmil, following its merger with Hearth.

The cottages now sit in the greater Belfast area but these modest late 18th Century cottages date back to a time when Ballynafeigh was a village in its own right. The history of the buildings can be attributed to the fact that the Ravenhill Road was known as the Ballynafeigh Road where a tollhouse stood at the top of it, approximately where the Rosetta roundabout is today. Then, the cottages were known as Saddlers’ Row, and no doubt several of the residents provided harnesses and other goods for carriages and carts that stopped to pay the toll.

From about 1980 the properties were deteriorating badly and their situation further jeopardised by a proposed, but luckily never carried forward, Road Service programme to widen the Ormeau Road from Rosetta roundabout to the gasworks. Although one end of the row was acquired by a new owner and converted to shops, Roads Service had vested the remainder. Marcus Patton of Hearth Housing Association, prior to its merger with Clanmil, said “these modest buildings are some of the oldest houses in Belfast and are a well-known landmark in south Belfast. We felt it was very important to save them and were delighted to receive funding from the 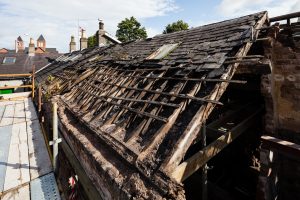 Architectural Heritage Fund that enabled us to acquire them from Roads Service once the plans to demolish them had been formally abandoned.”

Speaking with Siobhan Brown, Development Manager at Clanmil and Conservation Architect on the project, about the restoration of the cottages she said “restoring derelict buildings helps to enhance our townscapes and reduce anti-social behaviour, but most importantly it seeks to increase and support economic growth as our towns and cities become more attractive places because of the quality of the heritage buildings we have. The quality of its architectural appearance raises it above the general standard and restoring buildings such as Rosetta emphasises the local importance as good examples of a particular period or style.”

In the pursuit of sustainable development, we have much to learn from adapting and reusing heritage buildings. Particularly, as such projects retain the embodied energy of the original buildings but can also have environmental benefits, energy savings and the social advantage of repurposing a place with valued heritage designed into the refurbishment. Siobhan highlighted that the “re-use of the buildings and its materials, rather than demolition is active recycling, and further aids to reduce carbon 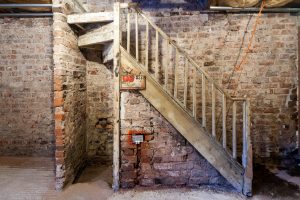 emissions whilst  maximising its embodied energy, an accolade new builds do not have.”

There has been much research into the value of heritage buildings to local communities and how they enrich our everyday lives, but for many the attraction of living in a heritage building may seem unreachable. Schemes, such as this invest in the social growth of our communities by widening the concepts of how social housing is delivered. Of this Siobhan said “historic buildings are often unattainable for those in lower income brackets who are in need of housing. Thus social housing using historic buildings becomes a transformational concept, not just architecturally but socially as well. These quaint cottages have a prominent position, both physically as an important landmark in the area and emotionally in the memories they evoke. They have made a positive impact by making  economic investment in the area more attractive and engendering a sense of pride amongst the local community and the thousands of commuters that enjoy them on their daily commute. This is a similar impact that arose following the wake of the Bank Buildings fire; the fear of loss of local important buildings arouses the awareness of what these buildings actually have to offer to our local communities aesthetically, economically and socially.” 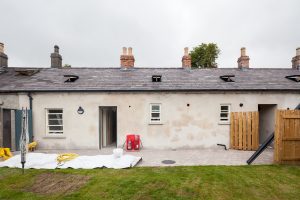 Small buildings like Rosetta Cottages can often be perceived as being difficult to reuse due to their size being viewed as not fulfilling ever-growing expectations for more space in modern day living. However, careful planning and creative consideration for space has allowed Clanmil’s project to meet modern standards of living. Siobhan said the “project involved turning the original six houses into two modern 2 person, 1 bedroom energy-efficient houses taking care to retain the façade and reinstate as many original features as possible such as sash windows, skirtings, architraves and wainscoting.”

The restoration was carried out while still retaining, repairing and reinstating architectural features of the cottages, Siobhan noted that “although the windows are new, the existing one over one sash windows that had been in place and in poor condition were not thought to be the original window design…new Georgian paned windows were reinstated, enhancing its historic quality and charm. An existing old steep staircase has been retained in the end house as a decorative feature, since roofspaces are no longer in use.” Through adaptive reuse, restoration of heritage buildings also highlight the need for attention to detail and support the 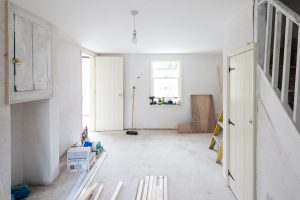 development of traditional skills needed for such projects.

By analysing the potential of our heritage buildings and considering how their adaptive reuse can benefit us socially, economically and environmentally, it is clear that it is a route which should be considered more frequently. Not only are Rosetta Cottages restored for future generations to enjoy but the end users are reminded of the historic value these buildings have; whilst being offered the added pleasure of living comfortably and sustainably in a place of historic importance.