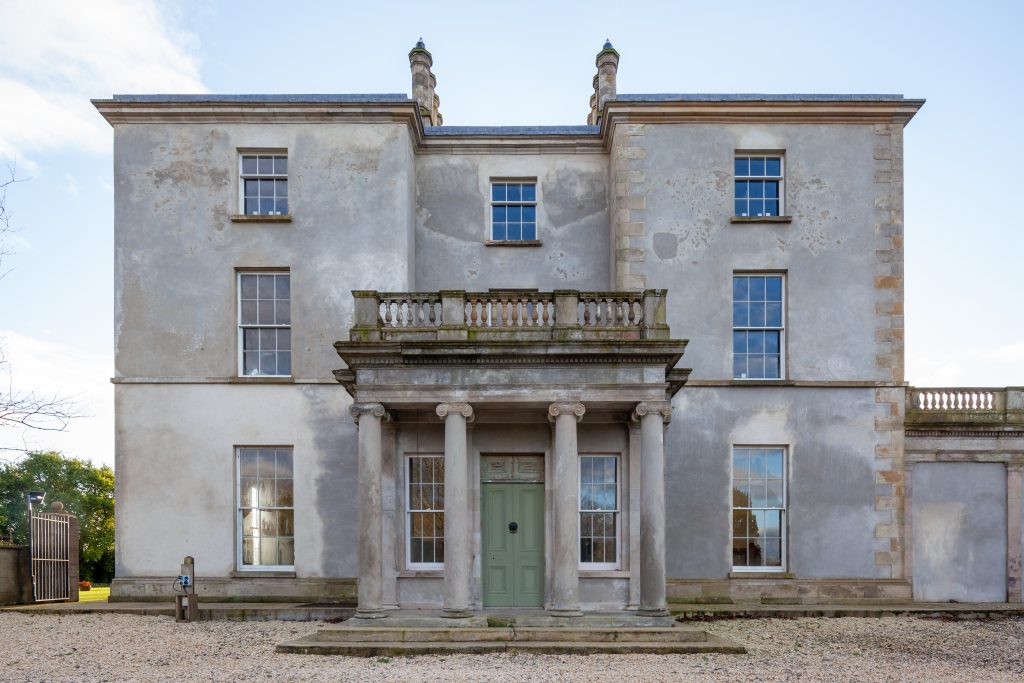 Nestled in 200 acres of countryside to the West of the village of Killinchy lies the spectacular Florida Manor estate. The Grade B+ Listed Manor house, listed some 42 years ago, retains its original 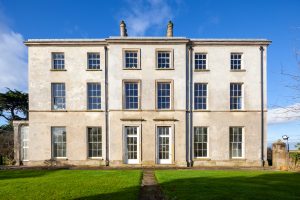 stables courtyard, two gate lodges, a steward’s house and extensive landscaped grounds. The buildings have been the subject of an extensive phased programme of restoration works to bring the demesne back to life. The centrepiece of the estates’ architectural asset is the impressive three storey Palladian Mansion built in c. 1780-1800 enhanced by an Ionic columned portico entrance and an impressive compendium of Victorian Chimney pots.

The origin of the Manor of Florida extends back to 1638 when it was created on lands previously acquired by Sir James Montgomery (2nd son of Viscount Montgomery) from Con O’Neill. Where the name ‘Florida’ was apparently derived from Sir James’ love of flowers. During the Commonwealth (1649-60) the lands were placed in the custody of a Colonel Barrow, but returned to Montgomery hands after much quarrelling in 1664.

It is thought the Manor came into the possession of the Crawford family and passed to Robert Gordon through marriage, in c.1770. Information supplementing the buildings listing document outlines that the Manor was unquestionably built by one of the Gordons in c.1780-1800 and probably constructed around an earlier Montgomery dwelling. In the later 1800s, with the passing of successive Land Acts, much of the lands began to be sold off and by at least 1917 the demesne and its 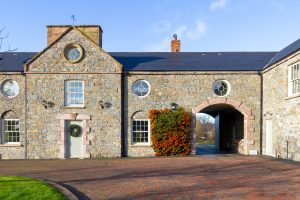 buildings had been acquired by a William Devenney, a local farmer who appears to have lived in the steward’s house. Thus the Manor of Florida, unoccupied, fell into disrepair until after the Second World War it was bought by Milo Pickaar, who renovated a number of the buildings.

The fortunes of Florida Manor have significantly changed in the last 15 years since being added to the Heritage at Risk register in c.2003. The current owner has worked tirelessly and thoughtfully in bringing the estate back to life. Speaking with the owner he said “the property was purchased in the summer of 2005 and several options considered for the use of the buildings and surrounding land. Outline planning had been granted for an apartment development of the Manor House and feasibility studies had been carried out regarding a golf course and club house. I felt that neither of these were in keeping with the original use of the estate and therefore initiated a restoration project that would transform the neglected buildings and grounds into a space that could be enjoyed by my family, friends and the wider community.”

“Phase 1 of the project was the restoration of the courtyard, the land steward’s house, the grounds and the boundary wall. This initial phase lasted approximately 18 months and provided me with a 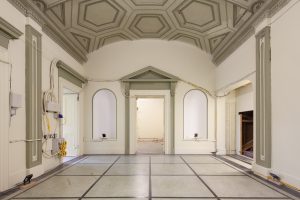 wonderful family home in the courtyard with the remainder of the yard converted into three self-contained apartments. Renting the courtyard out as apartments will help offset maintenance costs. The formal grounds require a vast amount of maintenance and an income is needed to supplement the running costs. Phase 2 involved the restoration of the walled garden, the envelope of the Manor House and the gate lodge at the Ballybunden Road entrance.” This phased repair approach has proved ideal for the ongoing restoration of the estate buildings and has allowed the owner to avail of some £185,000 of grant funding, spread over several years, originally from NIEA, and more recently from the Historic Environment Division of the Department for Communities.

As with all conservation-led restoration projects skilled crafts people are essential to ensure the detail and quality of work carried out is to a high standard. The work carried out at Florida Manor is no exception, as the owner notes in relation to bringing the stone work back to sound condition. “Highly skilled stonemasons were employed to carry out this painstaking task. All additional stone was quarried on site as was the case with the original façade. The roof construction was complex as very little of the original roof could be salvaged. Any sound useable original timber was treated and spliced…every single person employed 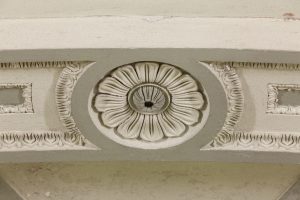 contributed to the betterment of the building and looking back, none of the work would have been possible without their expertise and help.”

Restoration projects are always a labour of love where an owner can see the end goal and wider community benefit, which often carries them through the enduring process, of this the owner said “commencing with the courtyard, which was in a dilapidated state, we could see the benefit of turning one half of the building into a delightful family home and the remaining half into attractive commercially run holiday apartments. Something that would benefit the area and attract tourists to this idyllic part of Co. Down. We are already seeing its potential with community fun days and various other events. We hosted a garden party for the Royal Wedding in May 2018 which attracted many people from the local community. It was a wonderful occasion and was thoroughly enjoyed by all those who attended. We have had people from all over the world stay in our apartments as a base, often to visit friends & family in the surrounding area.”

The retention and restoration of our built heritage not only enhances and diversifies our landscape but ensures that good architecture lives on for many to enjoy. Large estates such as Florida 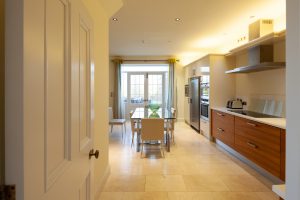 Manor can pose difficult, with their associated high running and maintenance costs, however the owner in this case has seen the potential in creating a viable business by restoring the buildings and renting the additional accommodation ensuring the sustainability of Florida Manor as a long term family home and an asset both to the immediate locality and the wider County. The family should be applauded for their dedication and ingenuity.