You are here: Home > News > Waterside Plans – A Missed Opportunity for Derry.

“Derry is blessed with historic assets that other towns and cities in NI have long since lost or degraded beyond recognition.

Notable terminus station architecture such as Bangor and the magnificent Belfast stations at Great Victoria Street and Queen’s Quay long since bulldozed, and the unusually quirky Portrush terminus abandoned by Translink to an uncertain fate.

Unique river frontages in Newry sacrificed to ill conceived road schemes, carparking and the service bays of supermarkets, the dismal Laganside in Belfast and the inexcusable concrete cloned retail parks on Ballymena and Enniskillen river and lakeside.

Make no mistake though, Derry has its quota of horrors too, brutal road schemes promoted at the time as progress and the inevitable ‘in your face’ retail reflect the copycat attitude of our decision makers.

Generally, the outside world has moved on, with historic Cities acknowledging that their waterfronts are key to their Unique Selling Points and that even formerly industrial waterfronts are now best used for the enjoyment of residents and visitors and as a showcase for the City’s architectural backdrop.

This is where Derry’s advantage lies. Despite, or maybe even because of, the presence of the riverfront road schemes the banks of the Foyle remain largely uncluttered and ripe for re-modelling with a focus on people.

Why then would our decision makers even consider this 1980s themed proposal for the Waterside Station……bizarrely branded as a ‘Multi Modal Transport Hub’…..perhaps similar to the short lived re-branding of the Post Office as ‘Consignia’…..that went well at considerable wasted public expense!

I am very very wary of paraphrasing Michael Gove but in the instance of the Waterside Station (I refuse to call it a MMTH!) I think the justification may be over reliance on the views of ‘experts’.  That is not to say that ‘experts’ are wrong, it is just that their opinions do not focus on what is best for Derry, rather on what they are taught is the ‘standard solution for a standard problem’.

On the architects’ proposals for the station:  Primarily architects focus on the wishes of clients and in addition, to an extent of course, they have to be guided by the rail engineers in terms of safety and practical considerations.

But bear in mind, the main client here should actually be the people and City of Derry and its vision as an historic European City. Decision makers should not see themselves as purely ‘rubber stampers’ in proposals which can make or break a vision.

The Architects, in proposing to replace the 1970s glass shop front, added to the station after the bomb, with a new 2017 glass shop front, justify this by saying that to re-create the original Lanyon Station entrance would be a ‘pastiche’.

This is wrong…..an imitation of a Lanyon building built with cheap materials somewhere else would be a pastiche, but a restoration of the original Waterside frontage elevation would be a striking and appropriate triumph for Derry.

As an aside the Architects also contradict themselves by referring to the scheme as a restoration of the historic station. UAHS would say it’s either a restoration or it isn’t!

The folly of sacrificing Derry’s river bank to a car park when it should be a linear public space stems from the Waterside being viewed as exactly the same as a station in some bland featureless city location with no role except as a transport facility.  This should not be applied to Derry.  Park and ride and City centre access can be accommodated elsewhere with a shuttlebus accessing the station as per the current arrangement.  A simple footbridge could deliver pedestrian only access over the rails to Ebrington with uninterrupted disabled and buggy access on the opposite side of the track.

Considering next the rail engineering justification for putting the trains between the station and the river and the apparent reasons for not using the historic platform shed:

I am not a railway engineer but the design guidelines are readily accessible and easily understood. For an existing Terminus Station it appears that there is much more flexibility that is apparent from the Architects’ submission.  The set back for the buffers is relevant and well defined but all other considerations would seem to allow for the existing sheds to be reinstated with an appropriate open covered platform extension.  With a one hour turnaround the diesel motive unit will be switched off for most of the time when the train is in the station and, in any case, it will not necessarily be at the front of the train.  The alignment of tracks also appears well within limits and the Architects’ claim that utilising the platform shed with an extension would be too far for passengers to walk frankly borders on the ludicrous.

In summary then: We’ve come a long way from the early ITW meetings where I remember the engineer’s statement that ‘Translink don’t do listed buildings’. The vision for Waterside should have come from above but being absent it came from the people of Derry, ITW, FCT and UAHS.

Simply put, Derry deserves better than proposals replicating past mistakes made in Newry and elsewhere, so the decision makers for Derry’s vision for the future need to be very wary of missing the train!”

#helpheritage #haveyoursay Review the planning application, and submit your response here or email [email protected].
Make sure to quote reference: LA11/2017/0298/LBC on your response. 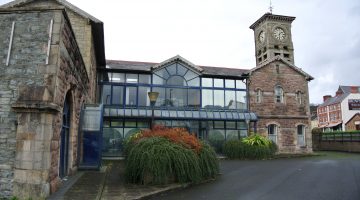 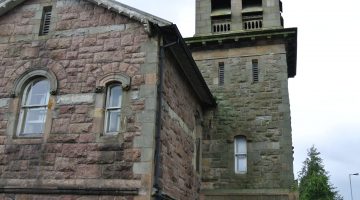