The Heritage Angel Awards seek to celebrate the efforts of people who go to extraordinary lengths to research, repair and rescue their local heritage.  They also recognise those who champion heritage by sharing and practicing forgotten craft skills and young people, recognising their efforts to learn about heritage. 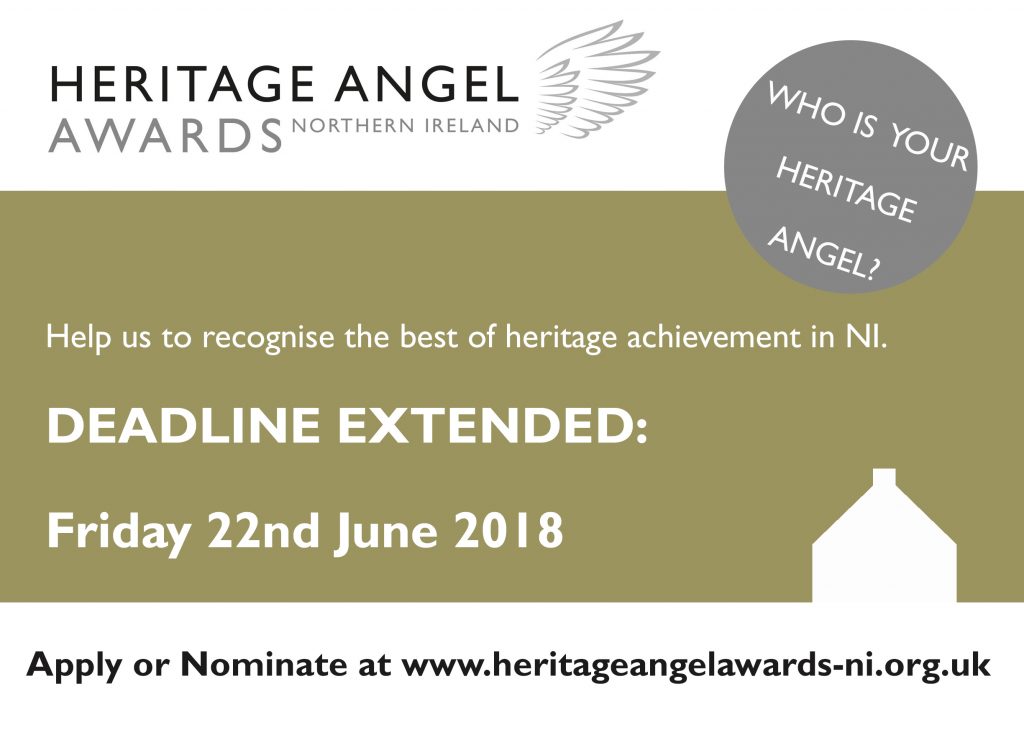 Ulster Architectural Heritage would like to give Northern Ireland the best opportunity possible to recognise our best achievements in heritage. Keep your entries coming in.

This year’s five categories include: 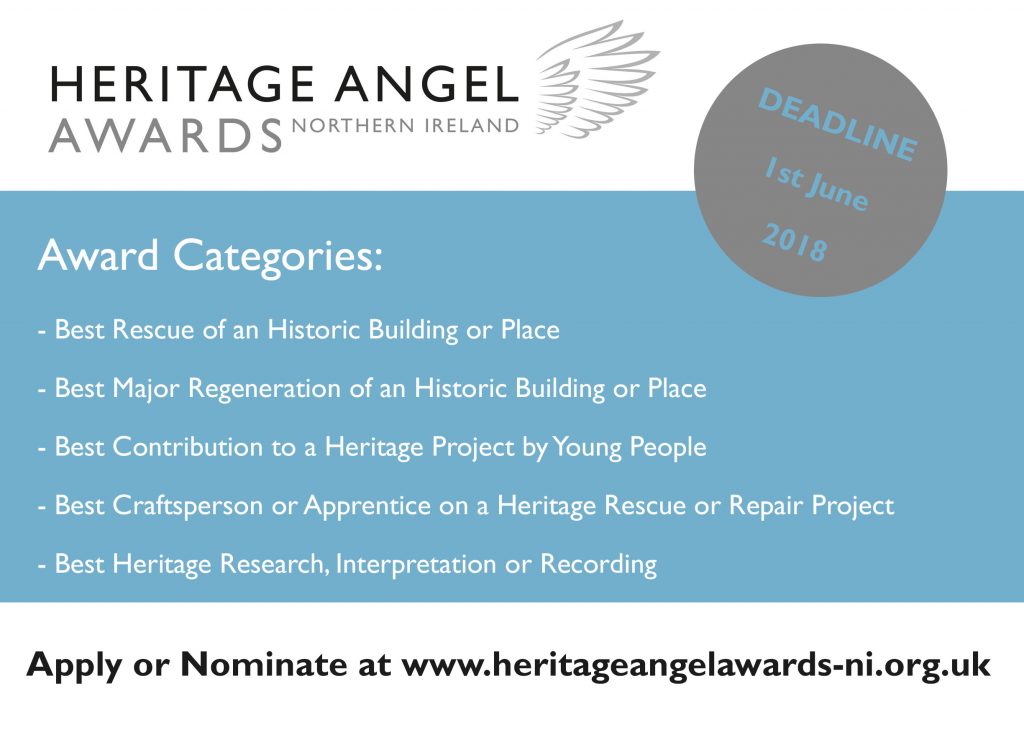 Nominations and applications are now open and will close on Friday 22nd June (previously 1st June).  A team of heritage experts will have the tough task of whittling down shortlists for each category and a panel of judges will choose the eventual winners who will be announced at the Heritage Angels Awards NI ceremony on Tuesday 6th November at the Guildhall, Derry~Londonderry.

The award winner for each category will then move forward to represent Northern Ireland for the chance to be crowned overall Heritage Angel at a high profile ceremony in late November in London. The Awards have been running successfully in England and Scotland for a number of years. Introduced to Northern Ireland in 2017, with Wales coming on board in 2018. Find out about other regions of the UK here.

Nicola McVeigh, Chief Executive, Ulster Architectural Heritage, said: “UAH is delighted to launch the second Heritage Angel Awards in Northern Ireland and welcomes support for them from the Andrew Lloyd Webber Foundation and Derry & Strabane District Council. The success of the 2017 Awards demonstrated the high level of activity and interest in local heritage and we hope by highlighting these achievements many more people will become involved in heritage projects.”

Andrew Lloyd Webber, who founded the Historic England Angel Awards in 2011, said: “I applaud everyone who enters the Angel Awards and showcases their heritage rescues. I am particularly pleased that Wales is on board this year so the Angel Awards are running for the first time in all four home nations. They shine a light on the special individuals and groups who tackle difficult historic buildings and sites at risk across the UK and inspire others to get involved. I am also excited to announce that at the awards ceremony in London this year, we will be presenting a special award to the overall winner from all the Angel Award categories in England, Northern Ireland, Scotland and Wales, so I encourage everyone to come forward and send in their applications.”

For full details on how to apply to the 2018 Heritage Angel Awards NI or nominate someone else for an award please visit www.heritageangelawards-ni.org.uk/