You are here: Home > News > Annual Heritage Angel Awards for Northern Ireland from 2017.

The Ulster Architectural Heritage Society will be introducing Heritage Angel Awards to Northern Ireland in 2017. The awards will be supported by the Andrew Lloyd Webber Foundation and the Department for Communities.

From 2017-20 the Heritage Angel Awards will acknowledge and profile the achievement of people-individuals, groups and communities in their projects and best practice to conserve, record, protect and celebrate heritage in Northern Ireland. UAHS will be highlighting the importance of heritage projects and work of the heritage sector to wider society, showcasing best conservation practice and construction in heritage work and skills.  Overall the awards aim to recognise and profile achievement, to inspire and increase activity to help conserve and protect built heritage.

It has been announced that the Heritage Angel Awards will be supported by £130,000 over three years from the Andrew Lloyd Webber Foundation, (ALWF) Arts and Heritage Fund, with the project featuring as the biggest recipient announced in the 2016 round. The introduction of Heritage Angel Awards follows existing awards in England and Scotland, led by Historic England and the Scottish Civic Trust, also supported by the Andrew Lloyd Webber Foundation. In Northern Ireland the awards will also be funded by the Department for Communities, Historic Environment Division, (HED) with whom UAHS has for over 20 years been a partner on providing the ‘Built Heritage at Risk Register for Northern Ireland’, (BHARNI). HED has committed to providing £10,000 to March 2017. It is hoped that support from HED can continue to 2020.

The first Heritage Angel awards ceremony will take place at the Grand Opera House, Belfast next year, coinciding with the celebration of UAHS’ 50th year.

‘The Andrew Lloyd Webber Foundation has awarded grants worth a total of £566,911 to 19 projects across the UK. The grants form part of the foundation’s active grant programme and support arts and culture projects that make a real and ongoing difference to people’s lives.

Receiving the biggest grant this year is the Ulster Architectural Heritage Society who will receive £130,000 to support the Heritage Angel Awards from 2017-2020. Having supported the English and Scottish Heritage Angel Awards for several years, the foundation’s grant towards the introduction of the awards in Northern Ireland will realise the celebration of heritage across the UK for the first time.

The awards will acknowledge the achievements of people, groups and communities, and aims to inspire and encourage further activity across Northern Ireland’s heritage sector. The first ceremony will be held at Belfast’s Grand Opera House in 2017 alongside the organisation’s 50th anniversary celebrations.’

“My Department is delighted to be part of this exciting initiative to raise awareness of the contribution that the built heritage can make to communities across NI.

We applaud the UAHS for bringing these awards to NI and look forward to working with them to acknowledge the significant achievements of individuals and groups in the sector whose actions are instrumental in saving heritage structures and those whose efforts champion and raise awareness of the importance of traditional skills and education initiatives.”

“UAHS is delighted to lead in bringing the Heritage Angel Awards to Northern Ireland and welcomes support for this from the Andrew Lloyd Webber Foundation and the Department for Communities Historic Environment Division.

Heritage Angel Awards will for the first time, on a Northern Ireland scale, acknowledge and award those who make a real difference to the protection and conservation of our valuable, irreplaceable architectural and archaeological heritage.

The awards will recognise important work for the care and protection of our important heritage assets. By highlighting achievement we hope to inspire many more people to get involved in heritage projects. It is fitting that the first awards ceremony will coincide with UAHS’ 50th year.” 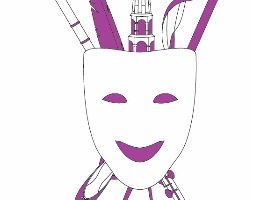 Heritage Angel Awards to feature ‘Buildings of Belfast-Heritage in Song’! 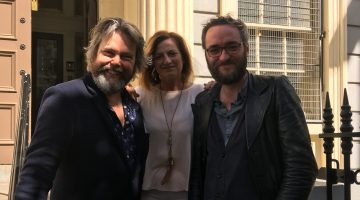 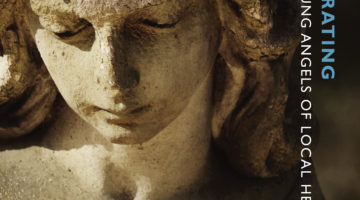 From 26th July the Ulster Architectural Heritage Society will be out, across Northern Ireland, helping you to find out all about the Heritage Angel Awards Northern Ireland. UAHS will be supported at these events by our funder and partner, the Department for Communities. 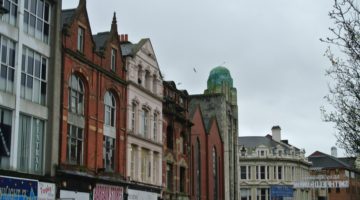