Go to Directory
You are here: Home > Events > WEEK ONE: Ruins to Riches: Revive, Repurpose, Reimagine Our Traditional Buildings. 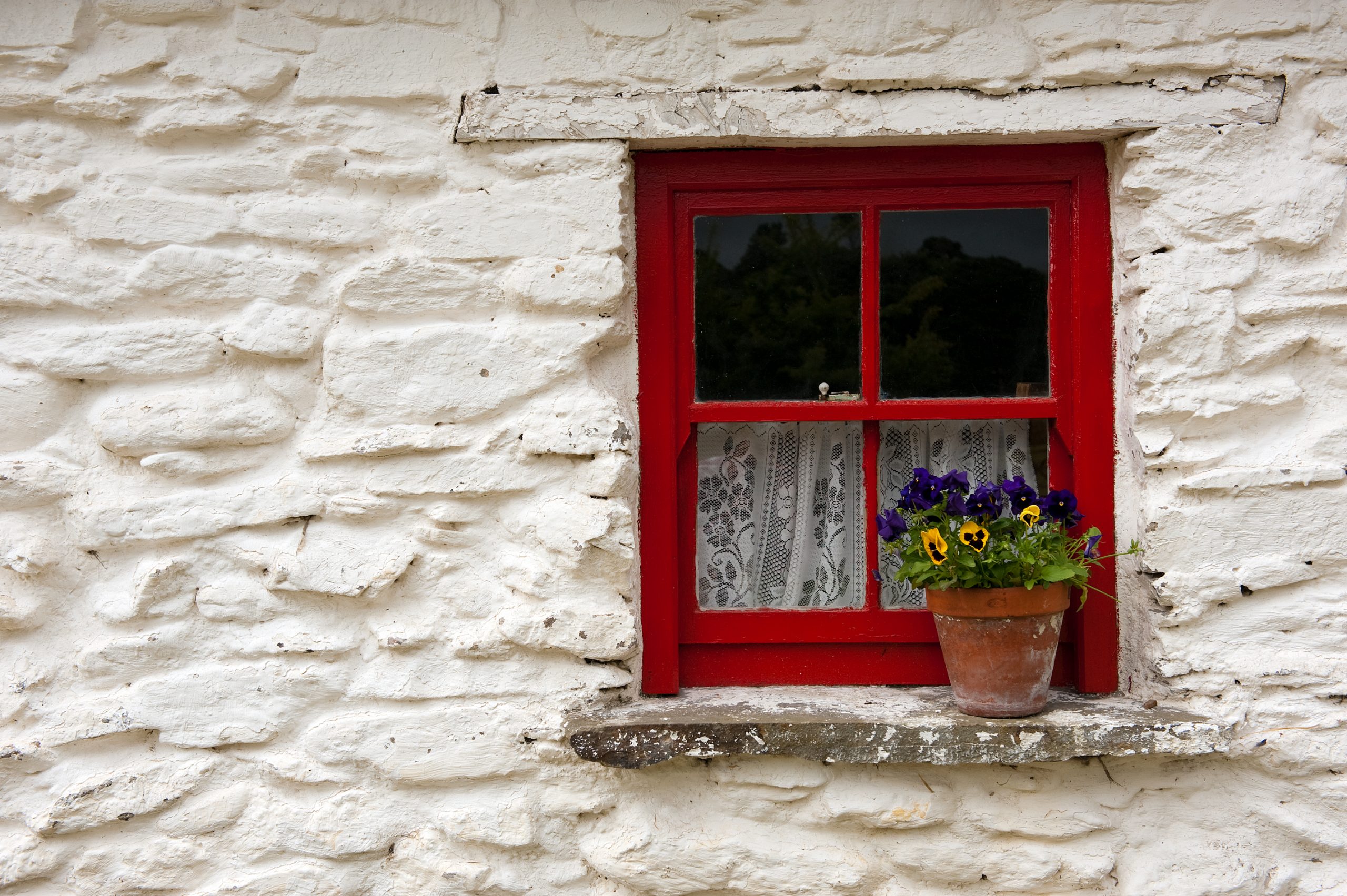 Ruins to Riches offers the opportunity for owners, professionals and the general public to learn more about traditional buildings through a series of free online workshops given by specialist speakers.

The aim of the seminars is to inspire owners and interested groups to look at potential new uses for rural vernacular buildings, get practical guidance on repair and maintenance, hear from funders and discover ways to to bring new life to forgotten buildings.

The event will be delivered as a partnership between Armagh City, Banbridge and Craigavon Borough Council, Department for Communities Historic Environment Division and Ulster Architectural Heritage.

All talks are FREE, however you must register to attend to allow us to send you the link to access the talk – book tickets at the bottom of the page. Please note, booking will close at 10am on the morning of each event, after which the link to attend will be circulated.

UAH uses Zoom as its digital conferencing tool (www.zoom.us).  Following registration a code will be emailed to participants to allow access to the lecture.  Please telephone the UAH office on 028 90550213 or email [email protected] should you have any technical queries regarding joining the event.

You can also download the full programme with more about the speakers here. 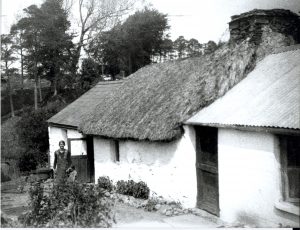 Join UAH and ABC Borough Council for the launch of the Ruins to Riches event, which will have a foreword from Mayor of Armagh City, Banbridge & Craigavon Borough Council, Cllr Kevin Savage; before a special introduction and discussion of Vernacular Architecture from well known and loved television presenter, Joe Mahon.

After a career in teaching Joe Mahon joined the BBC as a producer in 1981. In 1989, he left the BBC to become managing director of Northland Films, where he produced McGilloway’s Way for UTV and Seanchaí, a bi-lingual drama series for BBC Northern Ireland. In 1996, he formed his own production company, Westway Film Productions, where he continued to write, produce and direct a number of series for BBC NI, UTV, Channel 4, RTE and TG4. In 1995 he began to present Lesser Spotted Ulster and later Lesser Spotted Journeys for UTV.

His role as presenter continues to the present day and in recent years he has fronted a number of television series dealing with local history, heritage and the natural environment, including Ulster Giants, Lough Neagh, Lough Erne and Lough Foyle. He is currently working on a new series for UTV entitled Mahon’s Way. 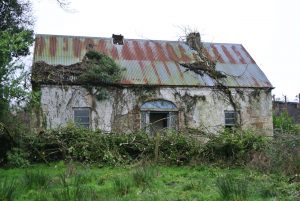 Join us for an illustrated presentation from Philip Smith on Reading Vernacular. Philip will lead a discussion of the ‘architectural’ features of vernacular buildings, the history and evolution of these structures, and how to interpret what we see on site today.

Philip Smith has worked as a historian in the field of built heritage since 1997. He has been closely involved with the Second Survey of Historic Buildings in Northern Ireland since its beginning and has also contributed to the National Inventory of Architectural Heritage in the Republic. He was a founder and editorial board member of the journal History Ireland and is the author of An Introduction to the Architectural Heritage of County Wicklow (2004) and The Buildings of South County Down (2019). He works for Historic Environment Division. 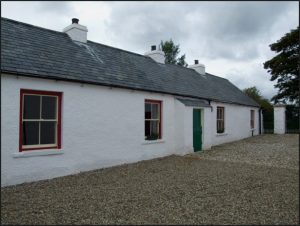 Martin will be discussing Mourne Homesteads, an award winning project by the Mourne Heritage Trust; which saw the restoration of several traditional homesteads and their adaptation for modern living.

Martin Carey is Chief Executive, since 2006, of Mourne Heritage Trust, a charitable company providing visitor and environmental management services in the Mourne Area of Outstanding Natural Beauty. While focussed primarily on the natural environment, the Trust has always sought to protect, enhance and promote understanding of the distinctive cultural and built heritage of this special landscape. Its record of achievement includes the Mourne Homesteads Scheme, winner in 2006 of a Europa Nostra prize and Civic Trust Award.

More recently the Trust has led or been involved in restoration of Annalong Cornmill, the Mourne Wall and Tollymore Follies, reinstated a Watertown house to the Silent Valley, provided traditional building skills training, celebrated the story of Mourne granite and cared for the iconic stone wall field boundaries of Mourne. Prior to taking up his current position, Martin worked in both central and local government in Northern Ireland as well as public policy related consultancy, following an academic background that included a degree in Modern History from Queens University. 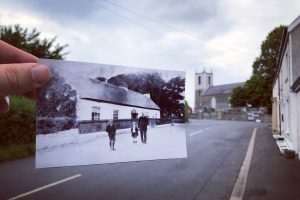 Conor grew up in the small rural village of Kilmore, County Armagh, at the heart of which stands the Kilmore Cottage, a thatch-under-tin Listed Building at Risk. A chance treasure find, at the age of 17, led to his passion for the historic built environment. Conor will be giving a presentation on the cottage and the ongoing project of finding a sustainable re-use for the building, which it is hoped will ultimately lead to the building’s restoration.

Conor is an alumnus of the Archaeology Department of Queen’s University Belfast and is currently a member of the Northern Ireland Historic Buildings Council. He currently works in the heritage sector in London, with previous roles including working on the Second Survey in Northern Ireland and statutory designation in England. Conor is currently leading a local voluntary group and fledgling trust who are exploring viable new uses for the Kilmore Cottage. 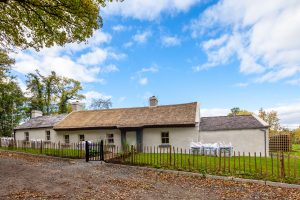 Ciara McHugh: Our Home- Living in a Vernacular Cottage

Ciara will share her experiences of living in the restored Frizzell’s Cottage, a vernacular home in the grounds of Ardress House, Armagh.

Ciara is an Energy Healer, Mentor, Teacher and Life Coach. Ciara moved back home to Ardress, Co. Armagh in 2019 where she moved in as a resident with her husband to the restored cottage beside Ardress House, National Trust property. Prior to this, Ciara was a Senior Fashion Buyer having worked in the Retail and Fashion Industry for 18years in London and Dublin. 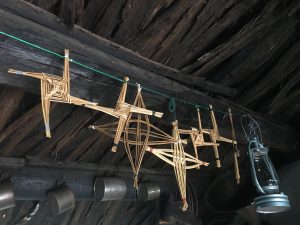 Marion is the author of The Irish Cottage: History, Culture and Design (2017). In this illustrated talk, Dr McGarry will be discussing the Irish cottage and associated cultural traditions.

Dr Marion McGarry is an Irish writer and art historian. She lectures at Galway Mayo Institute of Technology (GMIT) Letterfrack. She has authored four books, including Irish Customs and Rituals: How Our Ancestors Celebrated Life and the Seasons (2020), and The Irish Cottage: History, Culture and Design (2017). She frequently writes for publications such as RTE Brainstorm and Self Build Ireland magazine. 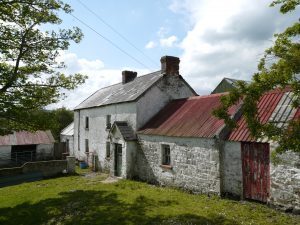 In this fascinating talk, Barry will be discussing his ongoing work on drafting a three-year strategy for built vernacular heritage for the Republic of Ireland.

Dr Barry O’Reilly has worked in vernacular architecture and folk tradition over the past thirty years. His recent doctoral thesis at Oxford Brookes University focused on traditional hamlets in Ireland. Barry is also editor dealing with Europe and Eurasia for the new edition of the Encyclopedia of Vernacular Architecture of the World. Otherwise, he works for the National Inventory of Architectural Heritage. 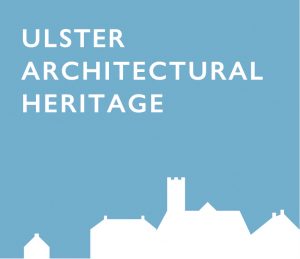