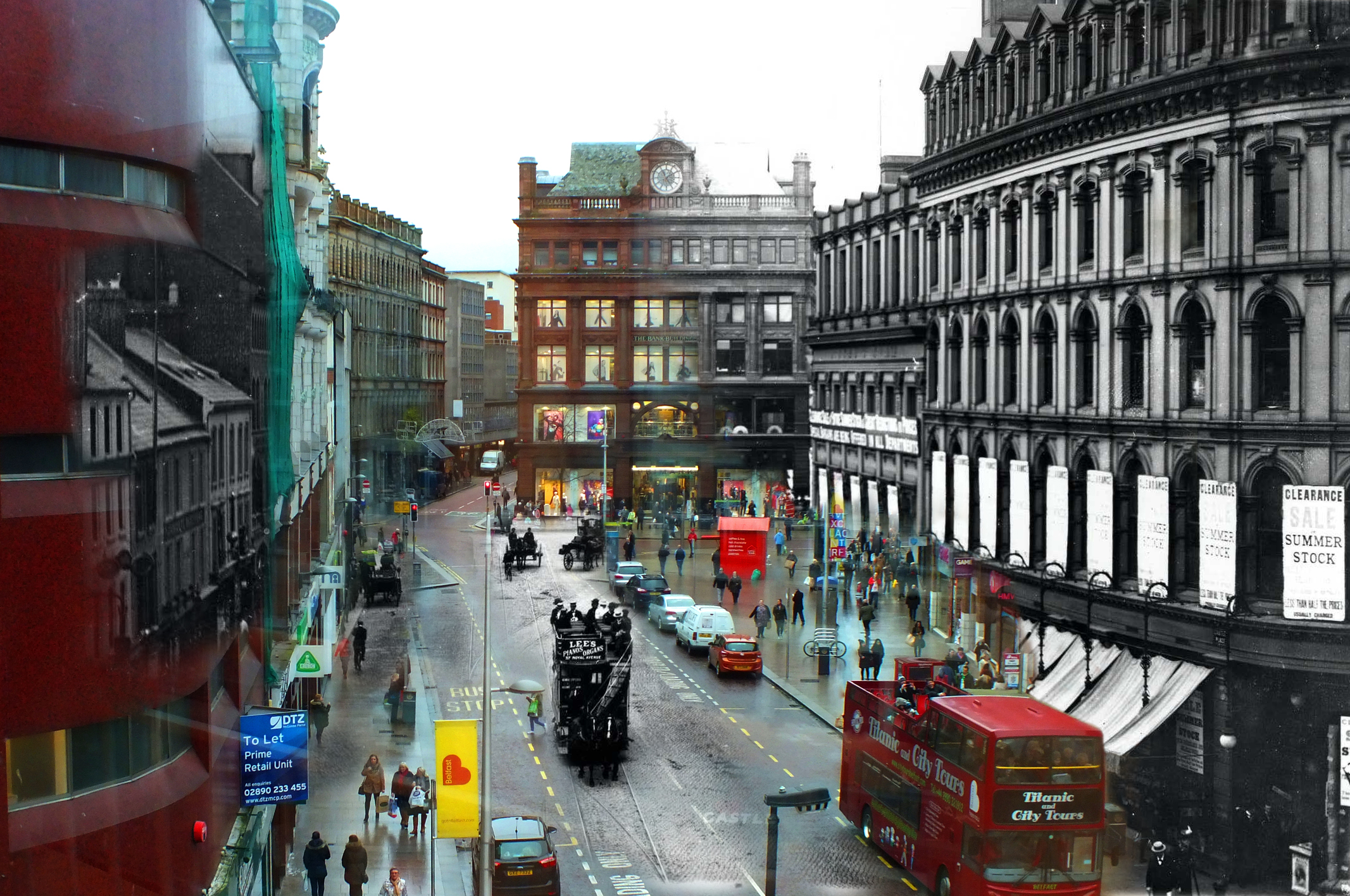 Ulster Architectural Heritage are teaming up with Belfast City Council to run a free walking tour exploring the archaeology and architecture of Castle Place, as part of ‘Open Heritage Belfast’ 2019.

Castle Place stretches from Cornmarket to Bank Buildings. In the 1600s this area was part of High Street, with the River Farset running through it and the original Belfast Castle with its walled garden located on the south side of the river. The castle burned down in 1708 but later lent its name to the streets of the immediate area. This area was named Castle Place in the early 1800s. In the Victorian era, the river was covered over and Castle Place became the commercial hub of our city. Trams were introduced to Belfast in 1870s and they had their terminus in Castle Place which became a very busy junction.

In recent years the built fabric of Castle Place has changed enormously. Many fine buildings have been lost, like Robb’s Department Store which was demolished in 1988. Others such as Bank Buildings – which suffered bomb damage in the Troubles and, more recently, extensive fire damage – have luckily survived against the odds. Today you can see lots of different building styles jostling for space on Castle Place, from Art Deco to Victorian Gothic.

Learn more about the hidden heritage both beneath your feet and above ground on this fascinating tour!

Tours last 40 minutes and run from 10am – 3pm on Saturday 14 and Sunday 15 September. Booking essential.

The tours will be departing from our ‘Heritage Hub’ at Castle Buildings (10-16 Castle Place) – a hidden gem of Art Nouveau architecture in Belfast – from 10am until 3pm on both days.