Go to Directory
You are here: Home > Events > ‘It Was Someone’s Home’: A Rural Vernacular Conference.

‘It Was Someone’s Home’: A Rural Vernacular Conference. 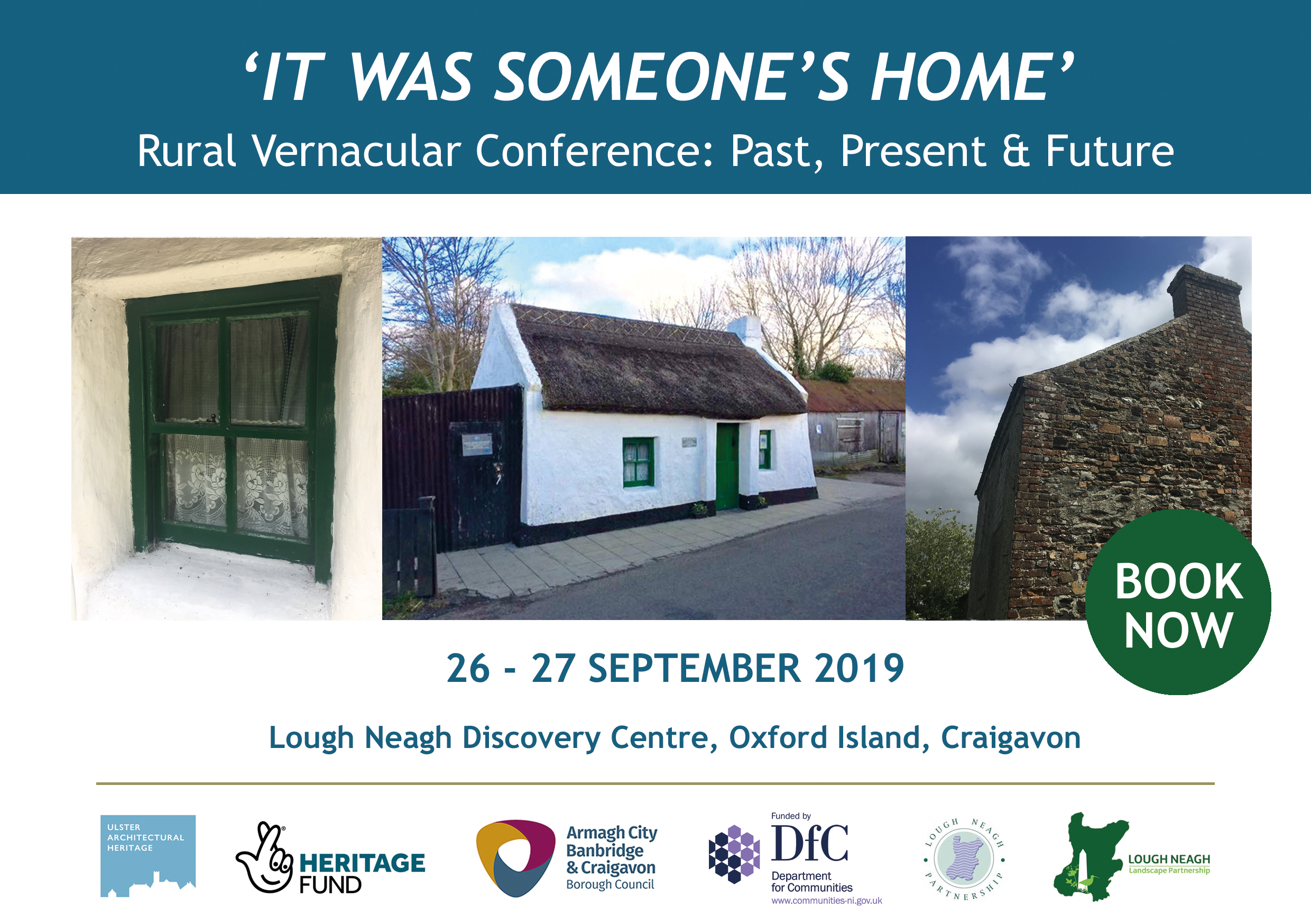 Ulster Architectural Heritage are pleased to announce that we will be working with Lough Neagh Landscape Partnership to deliver ‘It was someone’s home: Rural Vernacular Conference, Past, Present & Future’.

The Keynote Speaker at the conference will be Frank McDonald.

Frank McDonald was Environment Editor of the Irish Times from 2000 until he “retired” in 2015 and has authored several books including The Destruction of Dublin (1985), Saving the City (1989) and The Construction of Dublin (2000), and joint author with James Nix of Chaos at the Crossroads (2005), which documented the environmental destruction of Ireland during the boom years, and with Kathy Sheridan of The Builders (2008), profiling the developers and others involved in the so-called Celtic Tiger’s casino culture.

He has won a number of awards and was conferred with an honorary DPhil by Dublin Institute of Technology in 2006, honorary membership of the Royal Institute of the Architects of Ireland (2010), honorary fellowship of the Royal Institute of British Architects (2011) and honorary life membership of the National Union of Journalists in 2014. He was also a Press Fellow at Wolfson College, Cambridge, in 2008, and a founder member of the Academy of Urbanism. His autobiographical work, Truly Frank: A Dublin Memoir was published in October 2018 by Penguin Ireland.

The conference will be packed full of hugely knowledgeable speakers, all specialists in their fields. These include Greg Stevenson, Fidelma Mullane, Joseph Birt, Chris McCollum, Shirley Markley, Rosemary Murphy, Danny Donnelly and many more!

We will also be visiting some special places including Turmoyra Farmstead and Coyle’s Cottage Ardboe; and we will be paying a visit to Historic Environment Division’s conservation works depot.

The conference will take place at the Lough Neagh Discovery Centre, Craigavon, on the 26th – 27th September 2019. Booking Essential. Please note that full programme details will be released shortly, and programming may be subject to change. 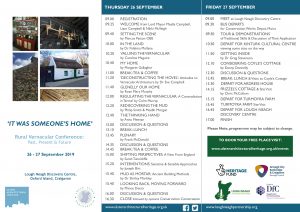