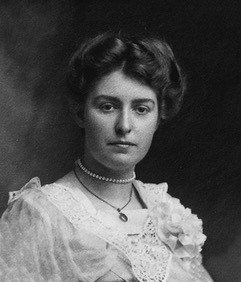 “This is not a Success Story” is the title of Florence Fulton Hobson’s (1881-1978) autobiography written in retrospect of her career in architecture. Fulton Hobson was born in 1881 in Monasterevin and grew up in Belfast. After being articled with JJ Phillips & Son in Belfast and after passing the preliminary exams of the RIBA, she worked in London; first at Guy Dawber’s office and then for James G Sivewright Gibson. After returning to Belfast in 1905 she worked in private practice and at the Health Department of the Belfast Corporation where she stayed until 1921. In 1911 Fulton Hobson became a licentiate of the RIBA as one of the first women in this institution and as the first woman from Ireland. Her article “Architecture as a Profession,” published also in 1911, is an account of her route into architecture and an encouragement for other women to become architects. It stands in stark contrast to the title of her autobiography, which – written during the 1960s or 70s and long after she had retired – indicates that she was unable to fulfil her aspirations. This talk situates the career of Florence Fulton Hobson in the context of the social and political history of Ireland in the early 20th century to suggest reasons why her ambitions to become a ‘successful’ architect were not fulfilled.

UAH uses Zoom as its digital conferencing tool (www.zoom.us).  An access code will be emailed to participants on the evening of the lecture. Please telephone the UAH office on 028 90550213 or email [email protected] should you have any technical queries regarding joining the event.