Go to Directory
You are here: Home > Events > Evening Visit: Behind the Scenes at Hillsborough Castle – SOLD OUT

Evening Visit: Behind the Scenes at Hillsborough Castle – SOLD OUT 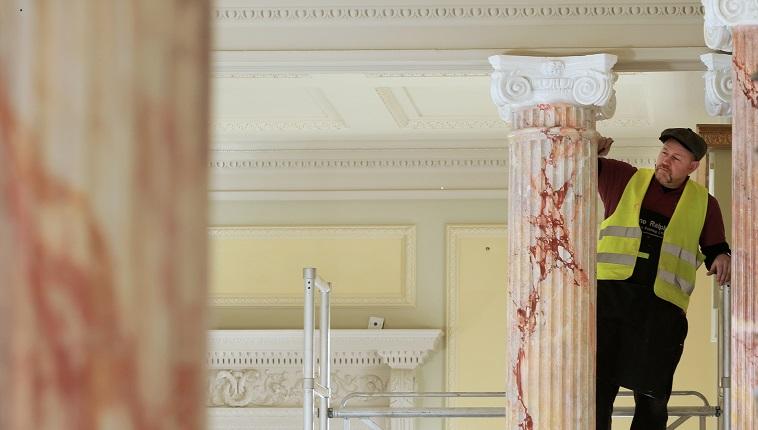 Evening Visit: Behind the Scenes at Hillsborough Castle

Hillsborough Castle is a late Georgian house built in the 1750s by Wills Hill, later 1st Marquess of Downshire. It was lived in by generations of the Hill family until the early 20th century when it began to develop the political and royal associations for which it is famous today becoming home to a succession of British Governors and the Royal Family’s official residence in Northern Ireland. Since 1972, the Castle has also been the residence of the Secretary of State for Northern Ireland. Hillsborough’s staterooms have witnessed many defining moments in Northern Ireland’s history.

In 2014 Historic Royal Palaces embarked on an exciting landmark project that will see this historic property open its doors to everyone. This ambitious programme of conservation, re-presentation and re-imagination has begun with work on the elegant staterooms, and prior to re-opening in July 2018, UAH members will have the opportunity to look behind the scenes in the company of Dr Christopher Warleigh-Lack, Curator and Shan McAnena, Creative Programming & Interpretation Manager.

Members only, tickets £12 each

*Your payment will be taken as one transaction. Refunds are not available for cancellations received less than 5 working days before event.