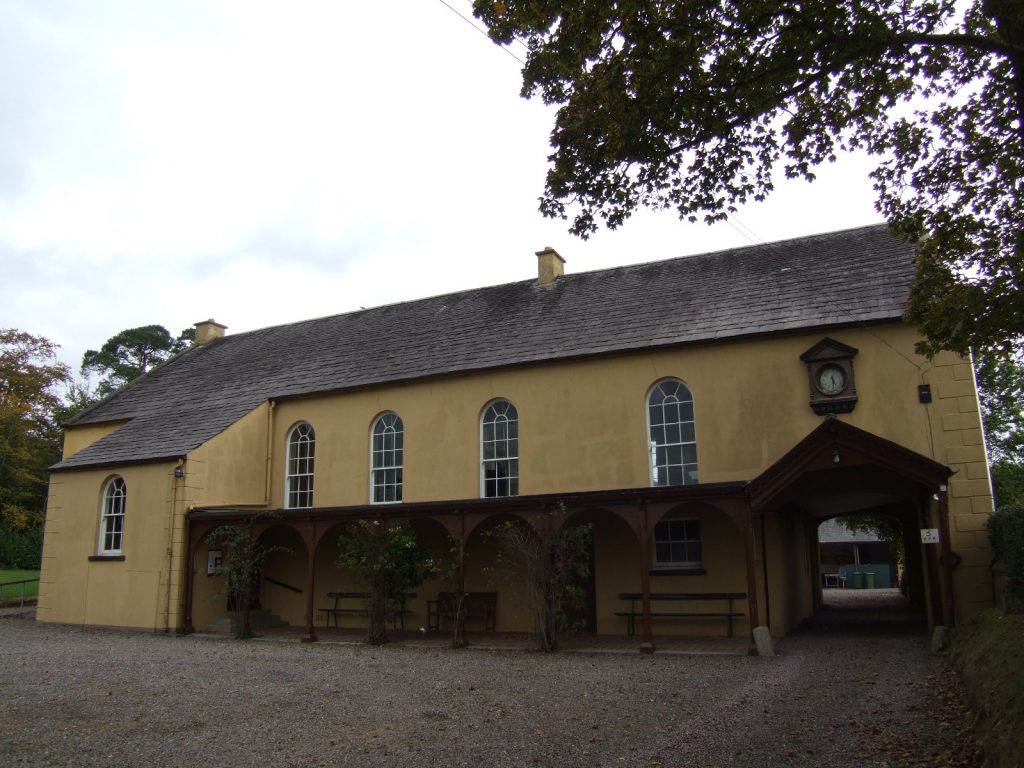 The listing record for the Grade A listed Friends Meeting House at Moyallon states that the townland of Moyallon was granted to a colony of the Society of Friends from England in 1685. Butler, in his book on The Quaker Meeting Houses of Ireland, records that the first meeting house in the area was built in 1719, presumed to have been on land owned by the Christy family. By 1736 this meeting house had been replaced by another one which was itself replaced not long after in 1781.

The latter meeting house remains in use and is beautifully maintained together with the surrounding burial ground. It is described by Butler thus: “The new building consists of the usual meeting room with shutters and minister’s gallery and opposite it a stepped loft, below which is a small meeting room. At the other end is a two-storey block, with on the upper floor the women’s meeting room with tiered seating, and below it the women’s cloakroom and the room used latterly as the tea-room. Both these rooms had fireplaces, the meeting house was warmed by a cast-iron stove. As the building came right up to the site boundary, the women’s room was built over a narrow vehicular passage, to give access to the yard behind, with the caretaker’s dwelling, the 20-horse stable and the coach-house.”

Many other Quaker meeting houses are listed, including at Richhill, Hillsborough, Lurgan, Lisburn, and Grange. Two others, at Rathfriland and Maghaberry, are also listed but are currently at risk due to disrepair.