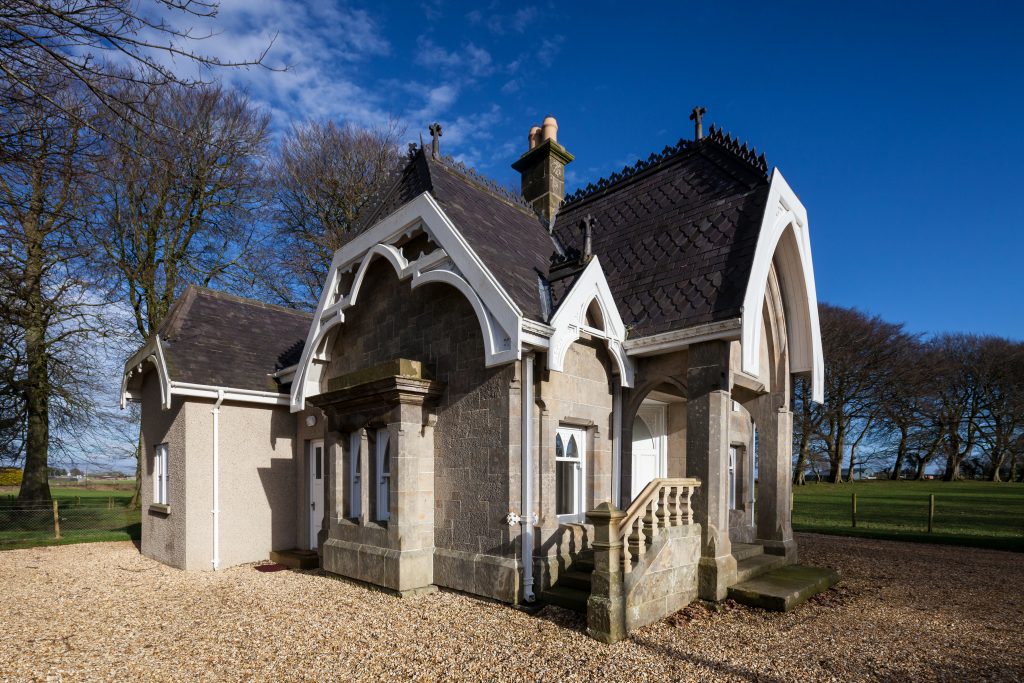 Professor Alistair Rowan (1979) described Bloomhill Gate Lodge as “Grotesquely picturesque”, where Dean (1994) commented that it was “outrageous perhaps but also a deliciou 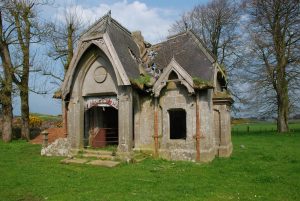 s conceit in a High Victorian picturesque style the likes of which is unequalled in the Province.”

Such high praise for such a small building did not prevent it from becoming at risk, and subsequently added to the Built Heritage at Risk register for Northern Ireland in 2003. When added to the register the building was in a derelict state with next to no interior left and greatly open to the elements. All in cut sandstone, with many half-hipped gables, is how Rowan described this highly unusual gate lodge. Dean covered it in much greater architectural detail where he concluded his enthusiastic description by calling the lodge “a remarkable curiosity, highly desirable, listed, and yet apparently unwanted and neglected.”

Having stood as a shell of it’s former self for many years, Bloomhill Gatelodge has now been repaired, restored and ultimately saved by current owners Mr and Mrs Watt. The repair work has been carried out with care, where retention and reinstating of lost detailing has brought the rare and unusual 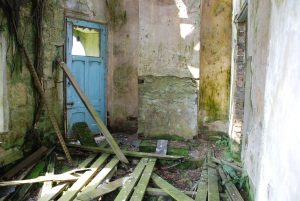 charm of this building back to life. Speaking with Mr and Mrs Watt they said “when Bloomhill Demesne was purchased the intention was always to restore it to it’s original glory rather than change and modernise it as so many people do nowadays. We just couldn’t have restored the house and not brought the gate lodge back to life again as well. It has so much history and character and it was important to us that this wouldn’t be lost. Many hours have been spent researching, talking to local people who remembered it or lived in it when it was a home to a family of 12, and miles covered to find the right materials. It certainly took a lot of patience and resilience along the way but the journey has most definitely been worthwhile! We have been overwhelmed by how many people have been following the process and have approached us to express their delight at it having life again after being derelict for so long. We honestly didn’t realise so many people had such respect for the little gate lodge!”

Having benefitted from grant aid through the Department for Communities: Historic Environment Division’s Historic Environment Fund, the efforts of the owners and support through Government funding highlights the significance and importance of such funds to help sustain the historic built 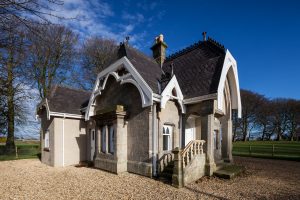 environment. Yet, the challenges in obtaining funding for private owners are ever increasing due to the reduction of funding made available to private owners – where 60% of the buildings on the Built Heritage at Risk register remain in such ownership. In the case of Bloomhill Gate Lodge, private ownership funding has provided both a business opportunity to the owners while also contributing to the community by providing a unique rental opening through realising it’s potential.

Smaller buildings can sometimes be overshadowed, or misconstrued as difficult to re-utilise but this example shows that there is both want and need for unique properties to be reused. In a time where the housing deficit is increasing the opportunities that our heritage properties can provide should be recognised. While measurable contributions are high on agendas, the intangible contribution to community pride and sense of place should not be side-lined as highlighted by the community interest in Bloomhill Gate Lodge. It will now add both tangible and intangible value to the area and to those who have the pleasure of seeing it.