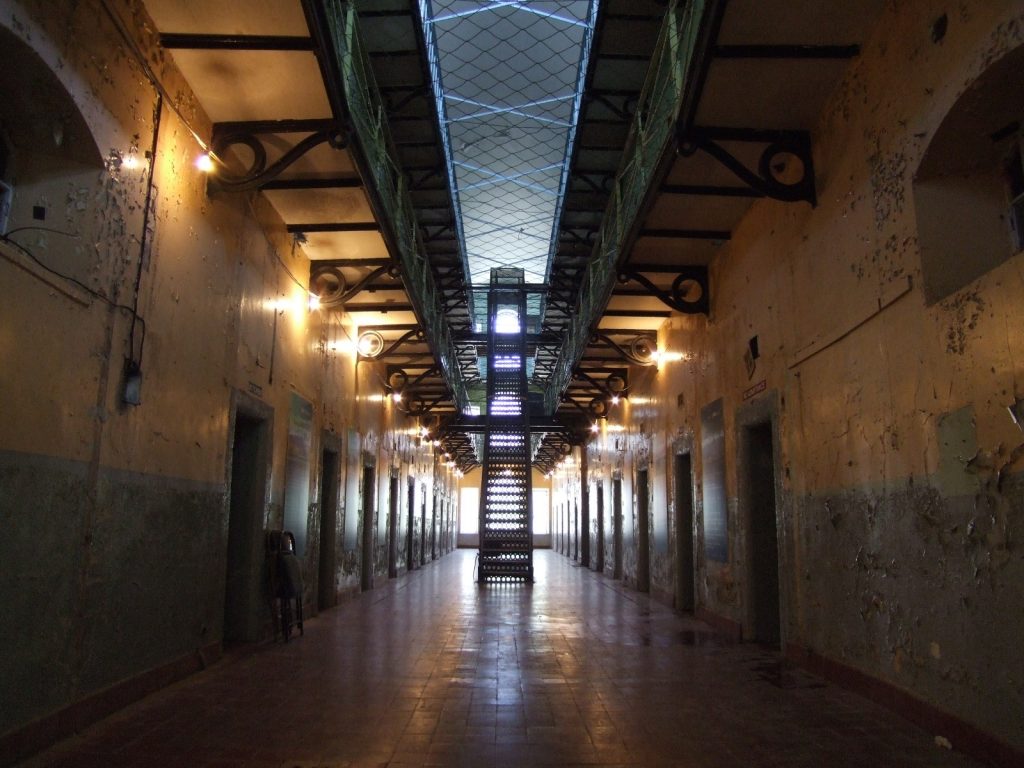 The Mall in the centre of Armagh has been described as one of Ireland’s most attractive urban parks, and lies within the Armagh Conservation Area. Its present form can be attributed to Archbishop Robinson who in the late-18th century had what was then known as The Common and ‘The Horse Course’ transformed into a public walk for the inhabitants of the city. Lined for the most part by fine historic buildings, it continues to perform an essential recreational role and recently underwent a major award-winning improvement scheme, largely funded by the Heritage Lottery Fund.

Facing each other either end of The Mall are two important and rather austere institutional buildings of an altogether more serious nature; the Court House and the Gaol. The former is still in active use and was designed by local boy Francis Johnston, opening in 1809. The latter, designed initially by Thomas Cooley, was much extended in the 1840s by William Murray, but closed in 1988 and has lain vacant ever since. It featured in the most recent Built Heritage at Risk Northern Ireland Catalogue, Volume 8, and had earlier starred in the 2004 BBC Restoration programme.

The Gaol has been described as a “handsome three-storey fourteen-bay building of coursed conglomerate with rusticated limestone quoins“. Its front block was built in two stages and contains two break-front gabled bays. To the rear, two cell blocks radiate from a central corridor block, whilst an earlier two-storey infirmary building stands alone in one of the yards. Nineteenth century railings enclose the complex to the front whilst a tall perimeter wall envelopes the other three sides.

The site is owned by Armagh City and District Council who recently entered into a development partnership with The Trevor Osborne Property Group and the Prince’s Regeneration Trust. A public consultation event held in June 2009 to consider its future allowed over 700 people a chance to visit. What will hopefully emerge over the coming years is a mixed-use conservation scheme including sympathetically designed new buildings, with hotel, residential and heritage interpretation uses, and guaranteed public access.